Home > About Us > Meet Our Parish Team 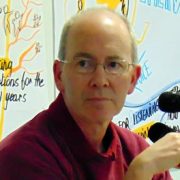 Born in 1958 in Artane Dublin. Educated at Belgrove National School Clontarf and the Marist Fathers at Chanel College, Coolock.   I joined the Marist Fathers in 1976, finally professed in 1982, and was appointed to St. Mary’s College in Dundalk where I was ordained deacon in 1986 and priest in 1988.  This was my first appointment, rich in the variety of experiences, working with others in teaching, liturgy and  bursaring, while learning the trade you might say! 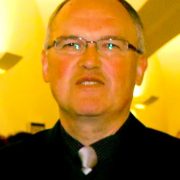 Father Alois was born in Passau, Germany in 1959. There he joined the Society of Mary (Marist Fathers). In 1988 he was ordained a priest.

Appointments included pastoral ministries in different regions of Germany. He completed a doctorate in theology in Louvain, Belgium, in 1998. For some years he worked in the general house of the congregation as Marist historian and researcher.

After six years as regional superior in Germany he went on a sabbatical period which took him to Fiji, New Zealand, the USA, and Greenland.

Since September 2017 Fr Alois belongs to the Marist community of Donore Avenue. He has a full time appointment as curate for the parish and is also a resource person for Marist history and spirituality giving talks and retreats.

Sam was born in Dublin in 1979 and educated in Virgin Mary Primary School, Mount Carmel Secondary School and she completed leaving cert studies in Ballymun Senior Comprehensive in 1998.

She went on to study Tourism and Irish history in the Liberties College before transferring to youth and community work and gaining her diploma. She worked for five years as a youth advocate for the Department of Justice dealing with young offenders and in her downtime she co-ordinated a Gospel choir in Ballymun which led her to explore her own faith.

Part of her exploration led her to volunteer overseas in Colombia, China, India, Russia and Africa. On her return to Ireland she returned to education, receiving an honours BA degree in Theology and Psychology in 2011 and an honours Masters Degree in Leadership, Pastoral Care and Parish Development in 2012 from All Hallows College.

She gained employment in 2011 in Corpus Christi Parish in Glasnevin as an Adult Faith Development Co-ordinator before taking up her position in Donore Avenue in 2015.